Broader trend is up with support at 7450 spot. Immediate resistance at 7800 breakout above which can lead to a rally to 8000 levels.

Option writing points to support at 7600 and resistance at 8000. Incidentally option writers, as of now, do not expect markets to cross 8000.

On 5 minutes, gapup opening followed by breakout above 7675 spot was bullish. 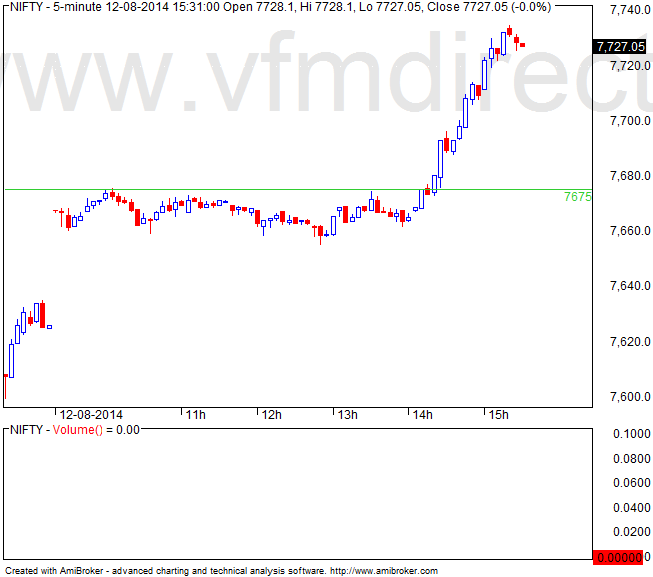 On hourly charts, we have swing high at 7750. Note the large overlapping legs - this makes difficult to trade and it points to a rangebound market. On the flipside, we however have a trendline breakout. 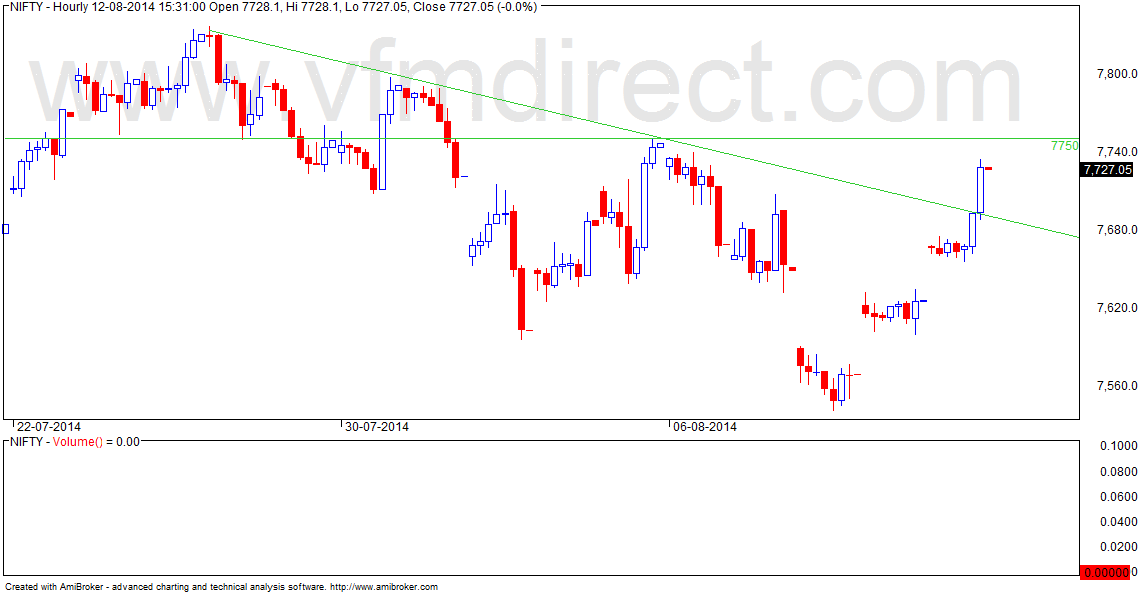