Rally stalls. Ideally markets should have staged a smart rally but this did not happen. On the other hand, yesterday's low did not break.

Broader trend is up with support at 7450 spot. Minor support exists at 7600 so if this breaks a lower swing high would have been formed.

Option writing clues point to support at 7500-7300. Bias is bullish in the sense writers do not expect these levels to break.

On 5 min charts, we had a sell signal on break of 7715 spot. The best short trade is shown in the box. 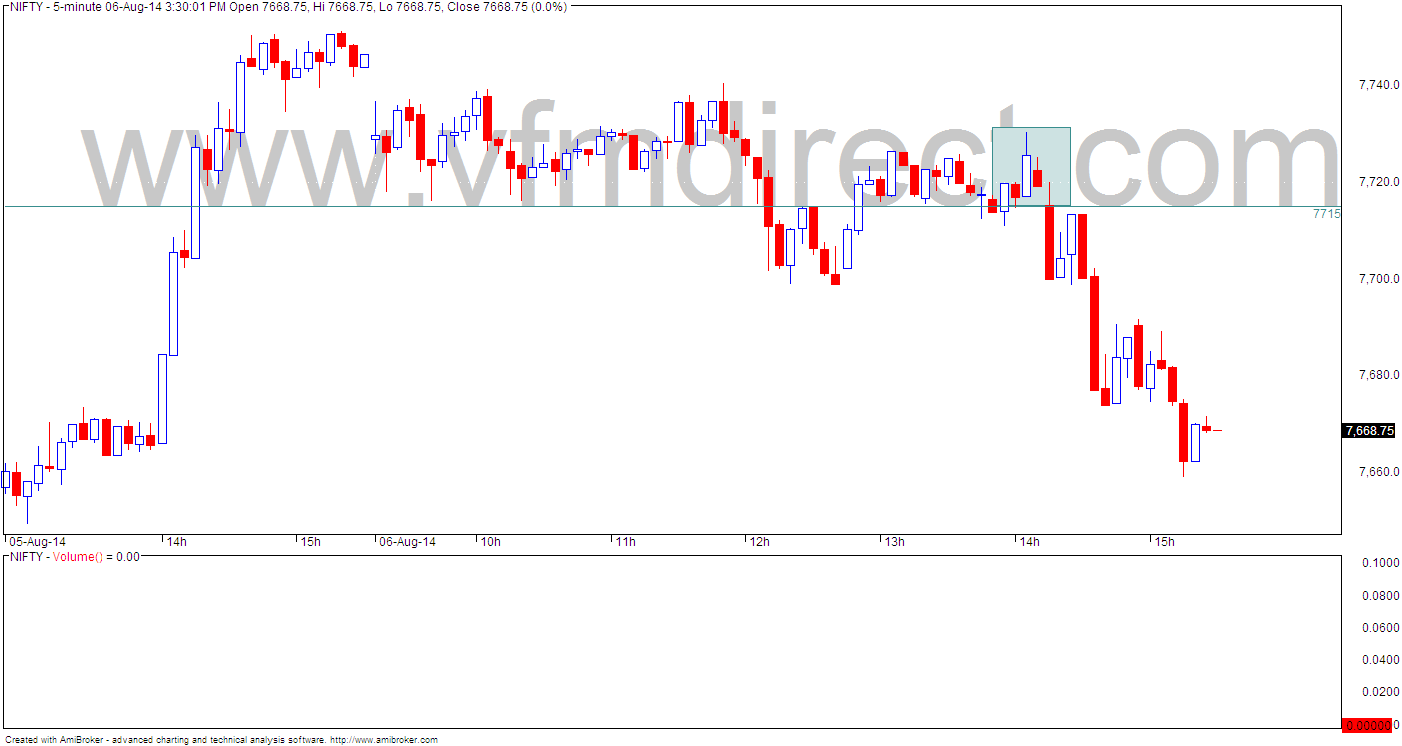 On hourly charts, we have a channeled / overlapping move indicating this to be a corrective rally. 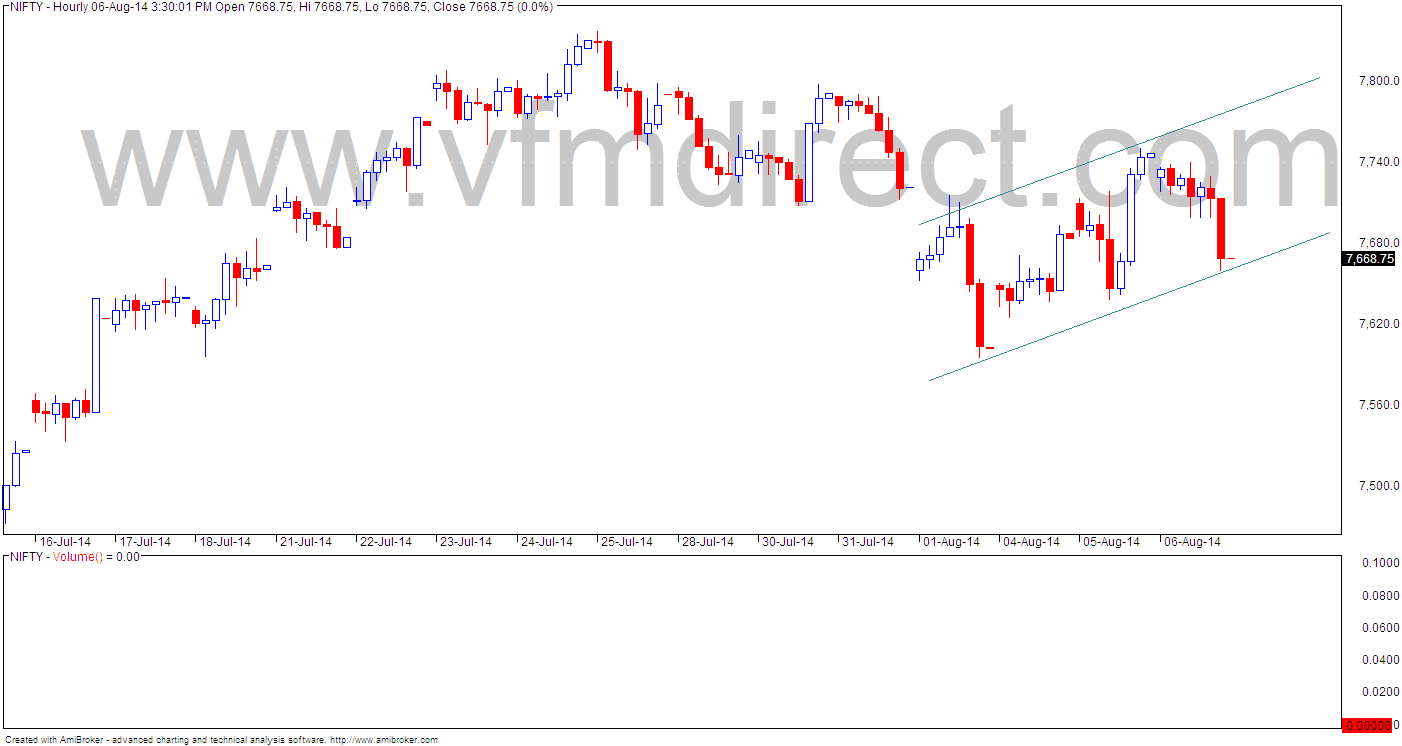 KPLswing indicator on hourly charts is bullish and will reverse on close below 7620 (loss). 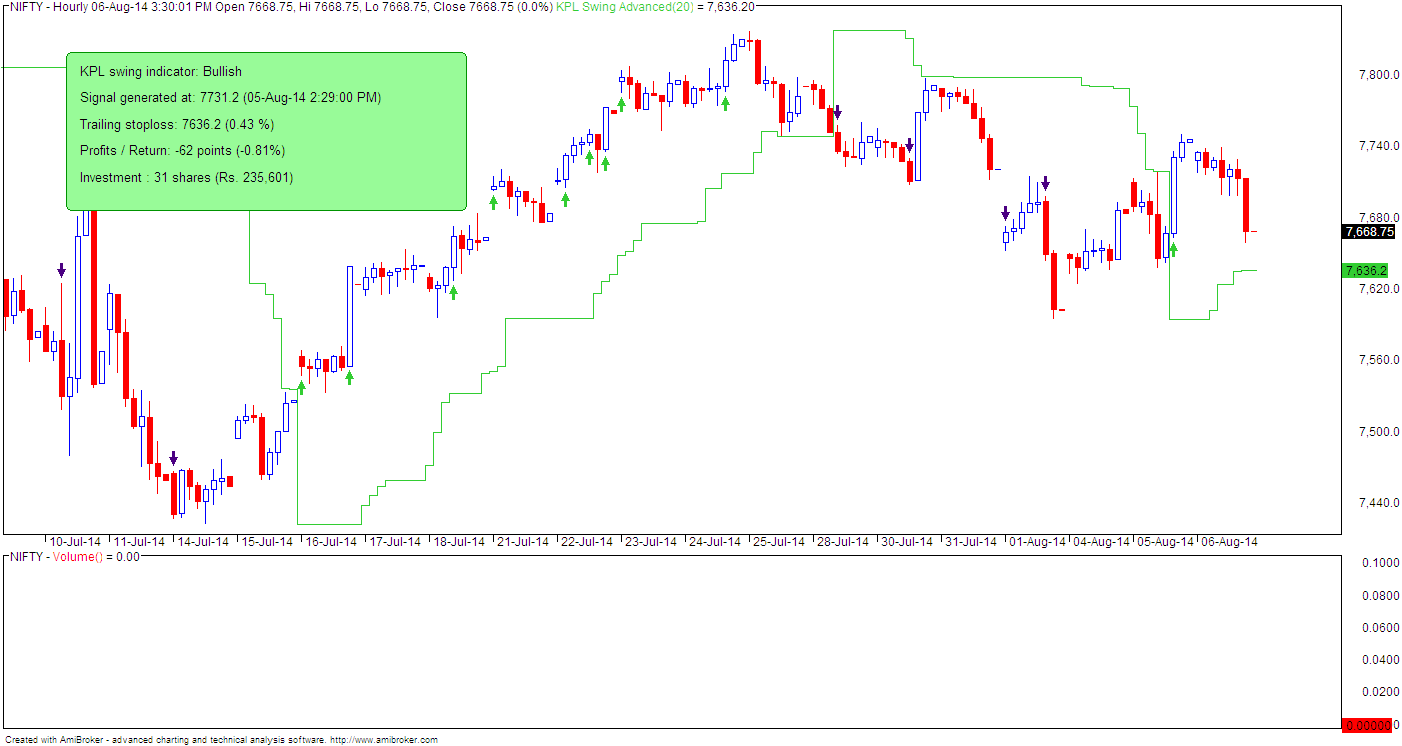