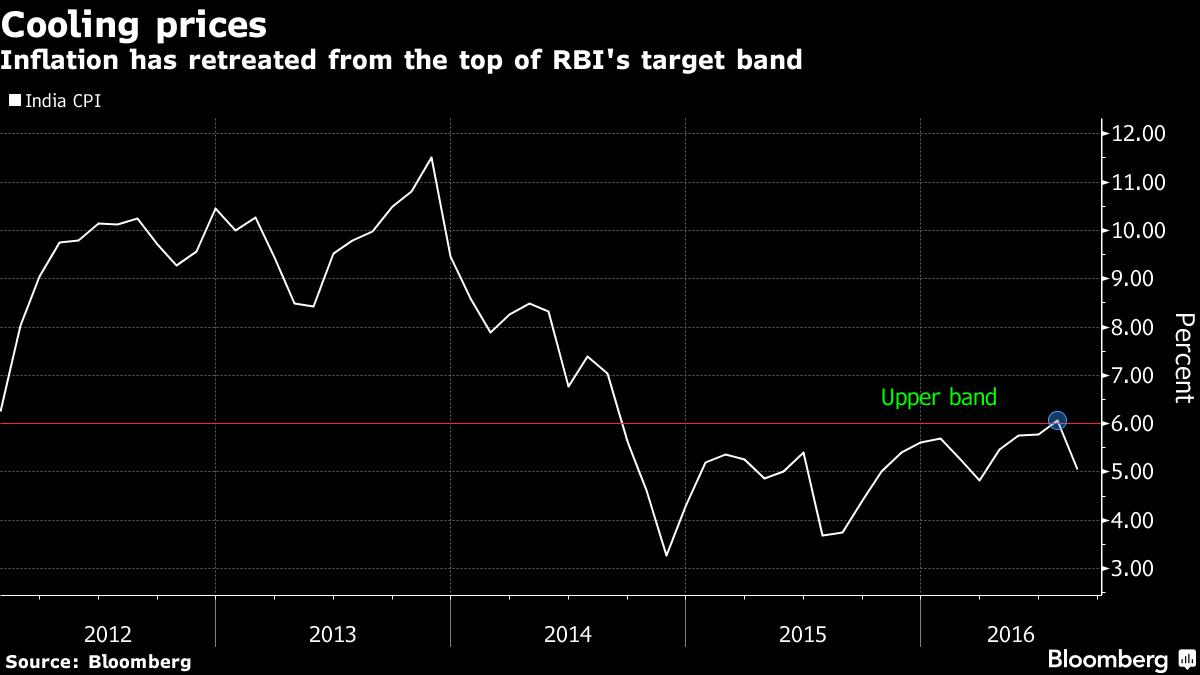 It was meant to be independence day for India’s central bank. It might instead be viewed as mission accomplished for Prime Minister Narendra Modi’s government.

With a new governor at the helm of a newly-minted Monetary Policy Committee, the bank had the opportunity Tuesday to buttress the autonomy over interest-rate decisions that former leader Raghuram Rajan fought for. With the economy growing in excess of 7 percent, most economists predicted no change in the benchmark.

Instead, Reserve Bank of India Governor Urjit Patel surprised many with a rate cut, signaling that faster expansion has become the priority even as inflation remains stubbornly higher than in the rest of Asia. Three government-appointed economists and two RBI colleagues joined Patel in a 6-0 vote in favor of the quarter-point move. They acted hours after a top bureaucrat highlighted the government’s view that inflation is receding.

Posted by Kamalesh P Langote at 7:20 AM