- selling was substantial in small caps and midcaps (indices lost 3%).

- close below 11500 spot will lead to sell signal on my trading system. 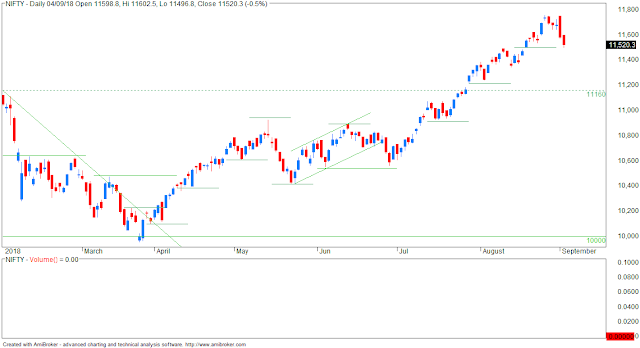 5 min charts:
- attempted a buy in circled area
- stopped out
- did not attempt short trade 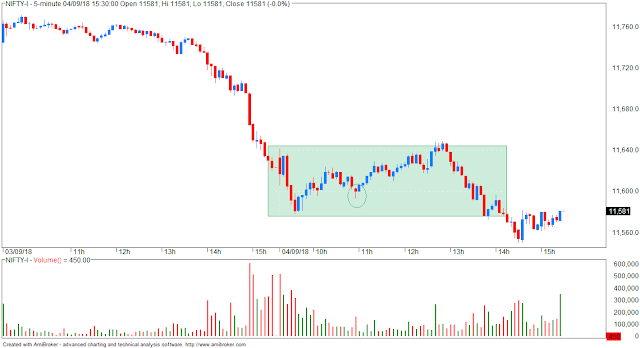 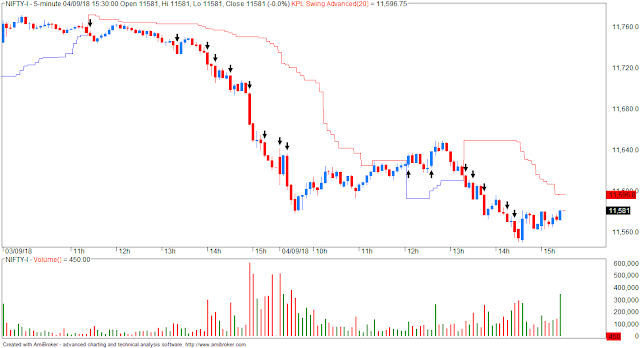 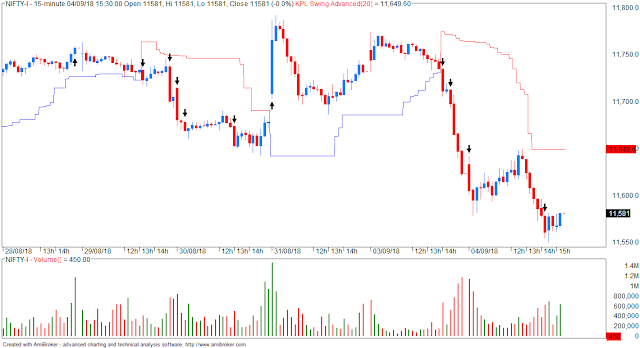