Daily charts:
- trend is up on daily charts (mentioned clearly buy signals will fail)
- trailing SL is at 9000 (reversal 8050)

Now what???
- if you are a price action trader, you will be short from Thursday or today
- a big move in opposite direction usually indicates start of new trend
- if you are a trend follower, you will be having your own reversal level/ stoploss
- for most people, this would be around 9000 levels
- here I am referring to daily charts

- I have clearly indicated in my posts that buy signals will fail
- in trend following, after a big move, the next signal usually fails... this is normal 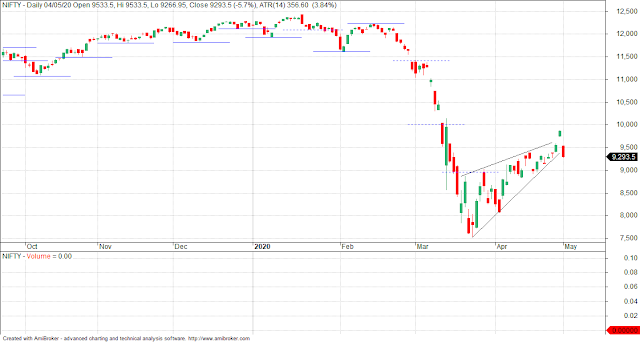 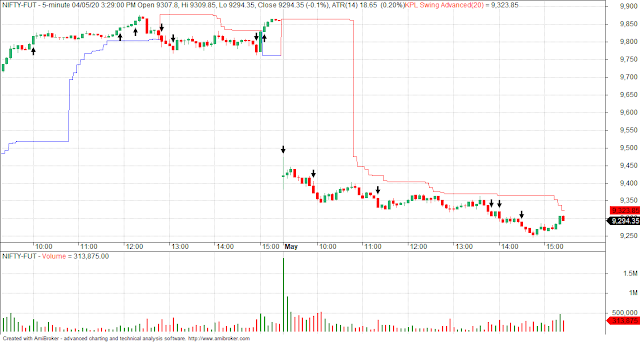 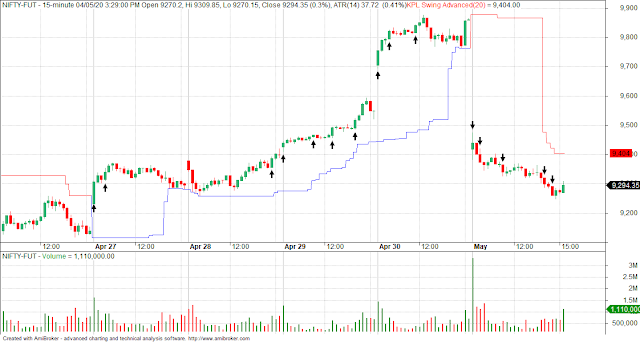