The Curious Case Of Manpasand Beverages

Building strong consumer brands is hard. Building them at scale is even harder. Especially in the food and beverages market, building a new brand can be exceptionally difficult. A new player must garner market share from incumbents that have (1) a high brand loyalty amongst consumers, (2) a large distribution footprint built over decades, and (3) benefits of scale due to a portfolio of brands (distribution, advertising, overheads etc.). This explains the resilience of brands like Maggi and Coca Cola which survived the lead and pesticide controversy respectively. Over the last 10 years, the number of new brands built in the food and beverages segment are quite low.

There have been a few exceptions though. For instance, Paper Boat by Hector Beverages has been quite successful. However, Paper Boat’s success was driven by its creation of an entirely new product category of ethnic drinks. Paper Boat did not directly compete with any existing player. It has built a loyal customer base by targeting a latent consumer need which was not served by incumbent players. However, Paper Boat is still a niche product and generated less than 100 crs in revenue in FY16. Other success stories (like that of DS Group’s Pulse candy) have primarily been in segments with higher market share churn.

However, there is one company which is truly an exception – Manpasand Beverages (“Manpasand”). Manpasand is a Baroda based company which sells fruit drinks/juices under the Mango Sip and Fruits Up brands. In a short period, the company has seen rapid growth in revenues and profits. In FY16, Manpasand generated 557 crs in revenues and 51 crs in profits. This growth was achieved despite fierce competition from incumbent players like Coca Cola (Maaza), Pepsi (Slice/Tropicana), Parle Agro (Frooti) and Dabur (Real). 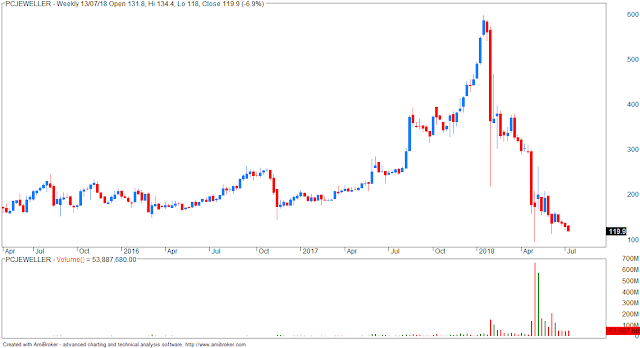 Posted by Kamalesh P Langote at 7:55 AM