- I am ignoring the size of the bar as of now 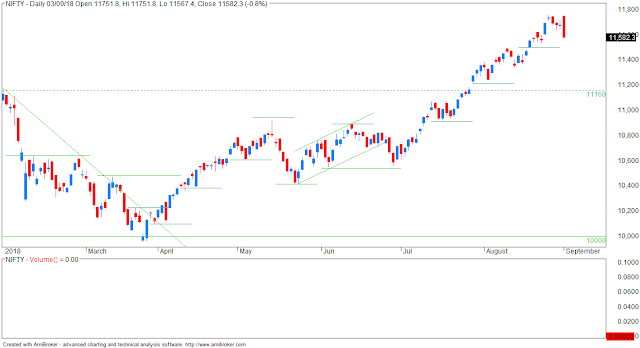 5 min charts:
- last 2-3 days, signs of profit booking/ resistance at higher levels
- so today's market was set for a short trade
- still it was a day of missed opportunities and wrong trades

- traded short after formation of first bar with SL at day's high (dangerous!)
- exited half position at circled area (sensible?)
- the pressure to cover would have been there as the trade was in a loss for 2-3 hours after taking the position. Normally if a trade does not give profit, it is most likely a wrong trade

- funny thing is if an employee had done this kind of trading, I would have sacked him! 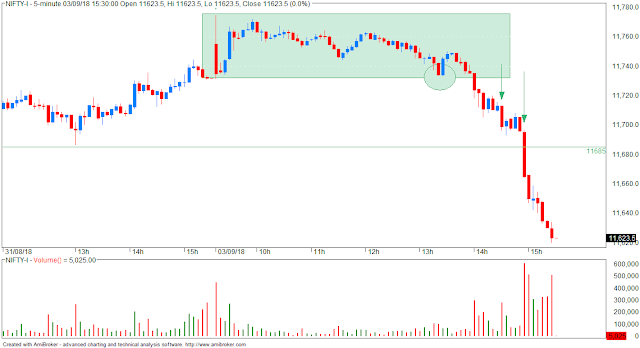 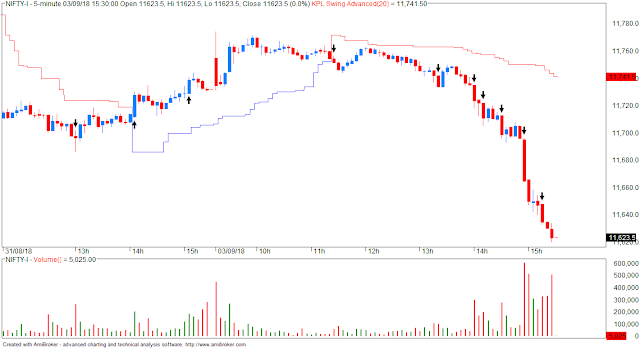 15 min charts:
- trend is down
- but with such kind of vertical moves, a very tight trailing SL is required 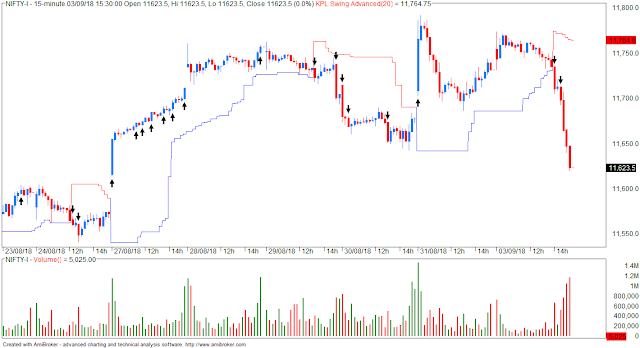