- H&S formation: if correct, then right shoulder is being formed... support 10200 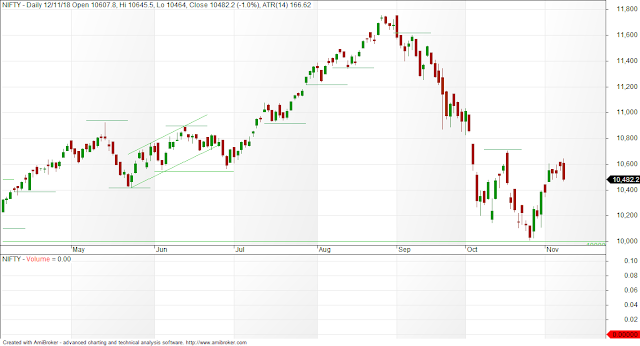 5 min charts:
- note markets were rangebound past few days
- today, markets attempted to cross recent highs and sold off
- took short trade in circled area and covered near low of the range (10580-10590 range) 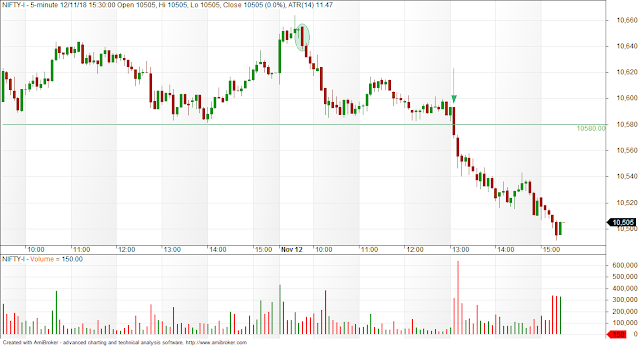 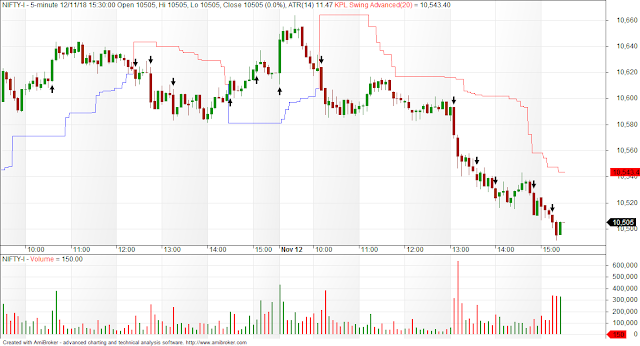