Daily charts:
- trend is up on daily charts
- today NF opened gap but closed near day's low at 10776
- trading was small and well within the triangle developing for past few weeks
- AD was flat 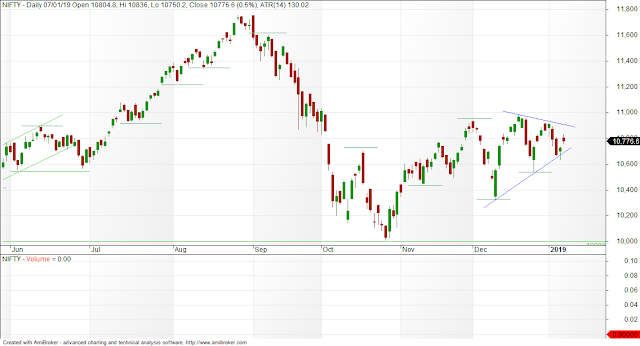 5 min charts:
- gapup opening but first bar was red... so no long trade
- we had a breakout later in the day but close not near high... so no long trade again
- there was a short signal but this was near day's low and candlestick showed buying.. so no short trade
- around 3 pm, markets made a new low but this was at prev day's high so near good support
- so did nothing today... no trades. 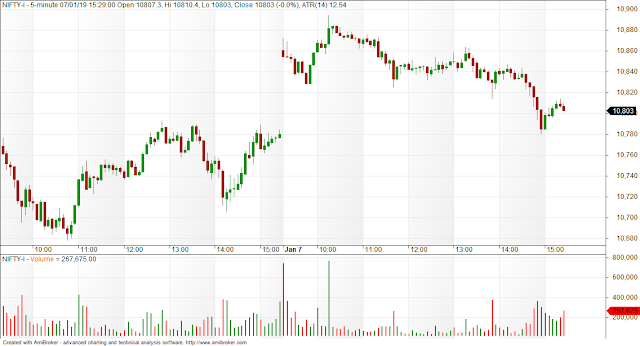 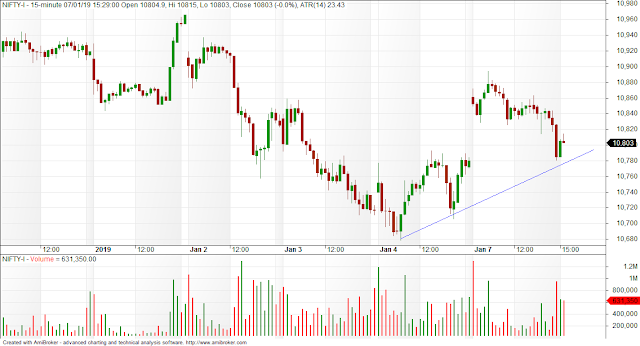