Weekend read: how to buy a personal jet

Most of us have at some time or the other have bought a bike or a car. The buying process is straight forward - check with friends, read a review on a portal, visit a dealer, take a test drive and buy the car.

But how does one buy a personal jet? How do you know you need one?

Do you go for second hand or a new one? Five seater? Ten seater? Short range, long range? What about running costs? And repairs and maintenance? Interiors? Acoustics? Avionics?

Few days ago, I read an excellent article on this at Vanity Fair. Not surprisingly the writer has chosen to remain anonymous. In the rarified world of ultra rich and super wealthy, these things are rarely bragged about.

Note the article was published in 1998 but is still relevant today.

Private jets are perhaps the most coveted and yet most taboo status symbols in today’s society. For some, they are the epitome of conspicuous consumption, a contemptible and wretched excess symptomatic of rot from within. Others hold that they are an essential part of business and professional life, a tool of great utility. For most they are a mystery, because those who have them are not very anxious to talk about them.

It’s possible to spend as many millions on a house as on a jet, but the operating costs can’t compare. Houses just sit there; a jet needs a crew—chief pilot, co-pilot, and mechanic—and they need benefits and 401(k) plans. Hangars and insurance take their toll. Before you know it, you’re spending nearly half a million dollars a year without leaving the ground. Then you have the cost of actually flying! A jet can easily consume 3,000 pounds of fuel an hour, 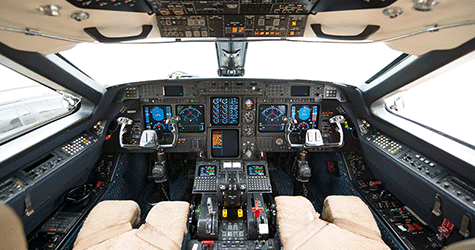 Doing the math was not terribly encouraging at first. A coast-to-coast round-trip on a private jet sets you back about $25,000. Think of it this way: it’s like buying a new car—say a Toyota Camry—then abandoning it at the airport on every trip. The crazy expense was one of the reasons I almost never chartered a plane. What made any specific trip soooo special and soooo important that it could justify the cost? This sort of incremental logic stopped me every time.

The process of buying a jet is unlike anything else I’ve ever done. First, your life is on the line. Buy the wrong house—or a company, for that matter—and pretty much the worst that can happen is losing some money. Buy a bad plane and you could be dead. Although the actual likelihood of this is small, the safety issue casts a long shadow, affecting all aspects of aviation. Second, Uncle Sam is your partner. Due largely to the safety issue, the Federal Aviation Administration tightly regulates even the most minute details. These range from straightforward things—such as the urine cups I’d have to...

...there is a personal element to buying or selling a jet. Both the buyers and sellers can afford to pay through the nose, if they so choose, or with equal aplomb cut it off to spite themselves. People are attached to their planes in a way that they seldom are to other possessions. As a result, the plane market is not very rational. What to do about this mess? J told me he had just the guy, a consultant who would find me a plane and teach me the process. I was dubious, to say the least, but decided to give it a try. And so began my yearlong relationship with Sean Lancaster, the most honest man I never met. Initially, Sean and I were going to meet face-to-face, but something always came up to prevent it. After a while I decided it wasn’t all that important to meet him. The day I wired $10 million to him, still sight unseen, it did give me pause. If things went awry, it would be awkward telling the bunco squad, “That’s right, officer, I sent $10 million to a guy I never met.” Eventually we got together, but only long after the deed was done. 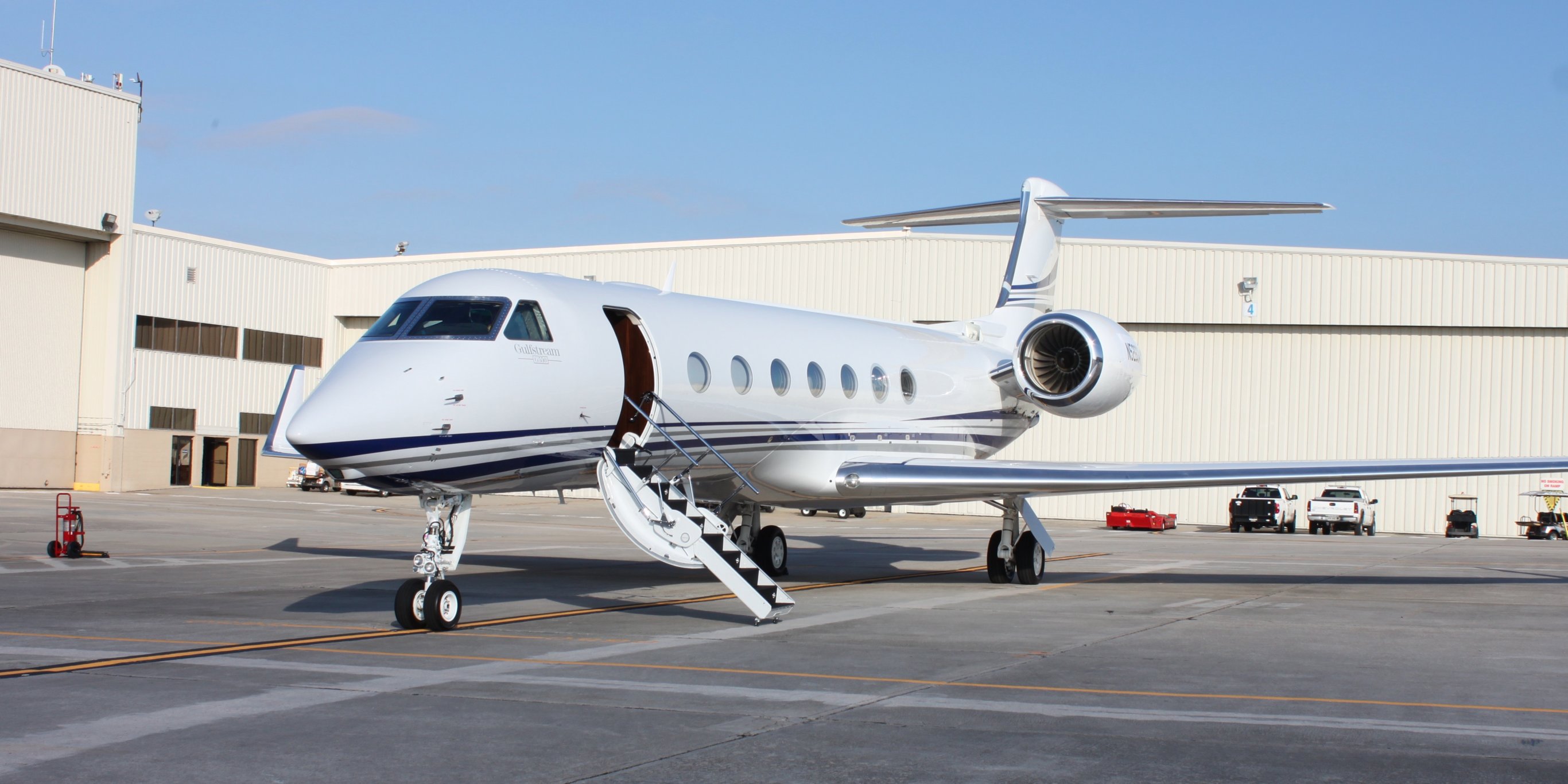 I had a million questions, and fortunately he had almost as many answers. I learned that every important part of a jet is inspected religiously, documented extensively, and then replaced long before age or wear could be a problem. Some get replaced on calendar time, some after a set number of takeoffs or landings, and others based on how many hours you have been in the air. These schedules are constantly refined, because every plane of the same model is turning in data all the time. If a part turns out to be wearing faster than expected, a bulletin is issued and everybody’s schedule is updated. In a sense, there are really no old planes. Most parts have been either recently replaced or certified as being in new condition. The F.A.A. has, statistically speaking, won the mechanical battle, which is why it is safe to buy a used plane. Pilot error is more likely to kill you than any equipment problem. Amazingly enough, this practice still exists in the world of private jets. The manufacturers deliver a “green” airplane, so called because a green corrosion-resistant coating covers the metal. It then goes to a “completion shop,” where the interior is produced, exterior paint is applied, and the plane is finished off. Each interior is an utterly one-off, custom design. I now had to shop for a completion center to refurbish my plane. There are five premier shops in the United States that handle Gulfstreams,

Decorating a plane is even more wildly expensive than flying in one. No matter how outrageous you think a ground-based price is, wait until you try to put the stuff into a jet. Part of this is the genuine need to use special lightweight materials. Strict F.A.A. regulations also play a role.

Passengers in a plane don’t have direct contact with the engines or avionics. Instead, their experience is dominated by a small number of design details, finishes, and materials. Change these and you change the plane in a dramatic way. My favorite example is “memory foam,” a nasa-designed substance that molds itself to the contours of your body. It’s almost never used by completion centers, but a few hundred dollars’ worth totally changed the feel of the chairs. Lee had to make a half-dozen variations of density and thickness and have me do “sit tests” to find the right combination. Yet it was worth the effort and every penny a hundred times over. Electronics, on the other hand, are expensive. A new switch—say, for a reading light—was $300. Unfortunately, there are almost a hundred switches in the cabin. As long as you’re replacing the switches, you might as well get neat new halogen reading lights for another $15,000. The two flat-screen TVs set me back $36,000.


... he asked me who my acoustic guy was. My what? It turned out that, if I really wanted to do it right, I needed to hire an acoustic expert to select the proper kind of soundproofing. Otto Pobanz, a 76-year-old former pilot, is the acoustic consultant of the cognoscenti among private-jet owners. Prior to taking the plane in for completion, I picked up Otto in Dallas for a test flight. Up the stairs popped a jovial, burly old guy with six suitcases. Was he going to move in? No, it turned out that five of the cases were crammed with the latest in electronic gear. We spent the next several hours charting every decibel at every frequency from every seat. 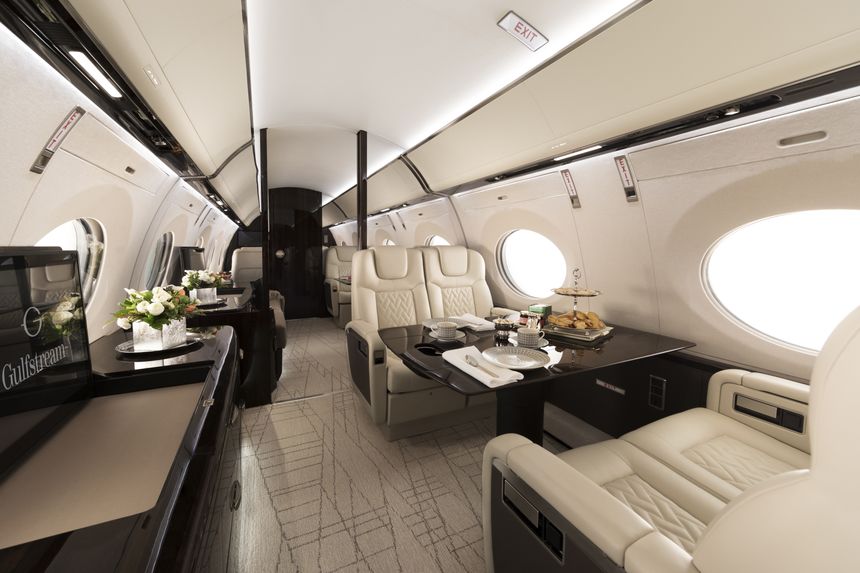 ..compared with the other stuff, at $100,000 this was a cheap upgrade—after all, if you’ll pay that much to cover your chairs, why not pay it to stay alive? Getting it in my plane wasn’t as simple as just saying yes. Various avionics systems were incompatible and needed to be upgraded (just another $100,000 or so). Soon, I was hiring more consultants. Royce Stevens, a former quality-control czar for Gulfstream, became my technical overseer. Royce has the ability to quote F.A.A. regulations by heart, and scares the bejesus out of completion-center folks who cannot. For the avionics, I was told I needed a “front-end man,” aviation slang for an expert in the various technologies in the cockpit.

And while we are at... see this photoessay on how a Gulfstream jet is made
https://gearpatrol.com/2016/06/08/how-a-gulfstream-private-jet-is-made/