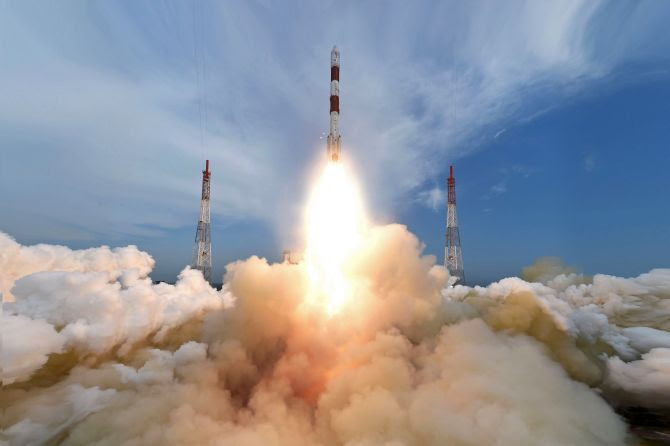 In its longest-ever flight, the PSLV C-35, carrying India’s SCATSAT-1 meant for ocean and weather studies and seven other satellites including from the United States and Canada, on Monday lifted off from the spaceport in Sriharikota.


The launch marked PSLV’s longest mission spread over two hours and it is the first time that the rocket is putting its payloads in two different orbits.

The 44.4 metre tall PSLV rocket blasted off at 9.12 am and 17 minutes later injected SCATSAT-1 in orbit.

The 371 kg SCATSAT, the primary satellite meant for weather forecasting, cyclone detection and tracking, was first injected in a Polar Sunsynchronous Orbit orbit while the seven others will be injected in a lower orbit after over two hours, the first time the rocket is putting its payloads in two different orbits.

The total weight of all the eight satellites onboard is about 675 kg.