Mystery visitor from outside the solar system 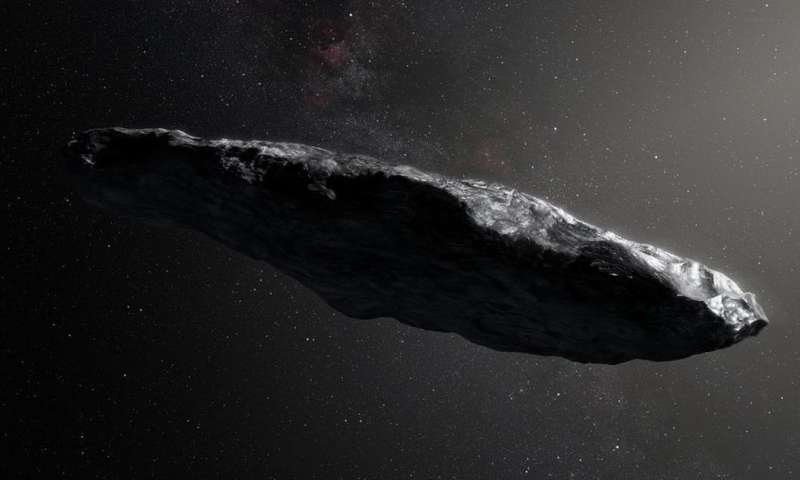 It came from outer space … and went back there two weeks later, having astonished and excited astronomers and planetary scientists.

A cigar-shaped object, less than half a kilometre long and barely bright enough to be detected by the world's most powerful telescopes, payed us a flying visit in October this year – reminding us that the heavens still hold plenty of surprises.


The orbit is hyperbolic, the object entered the solar system at a very steep angle to the ecliptic plane. It then rounded the sun, dipping below the ecliptic as it did so, and shot out again. What makes this orbit so interesting is that when its trajectory is traced back, it is clear that the object did not originate within the solar system – not even within the "Oort Cloud", the reservoir that marks the outer fringes of our planetary system.The mystery visitor comes from beyond the fringe, and so is interstellar. This is the first time scientists have discovered an asteroid from outside the solar system, and the finding has been published in Nature.