- as a trader you will need to adopt to this "new normal"
- however, a directionless market in one timeframe can be a trending market in another
- so learn to capture the moves
- as of now, this is an excellent day traders market
- an EOD trader has missed nothing if he was on a Europe tour of 6 months 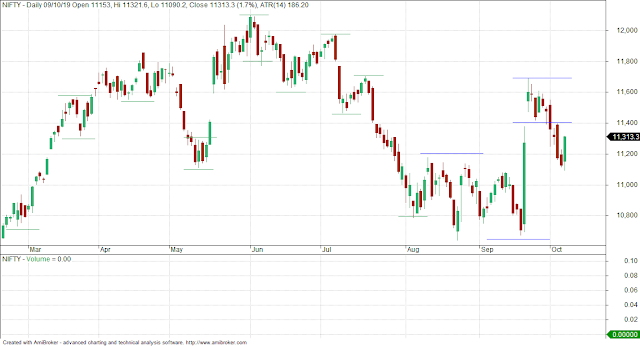 3 min charts:
- today I did not trade short even though prev day low (11150 F) broke
- reason is first bar had gap down opening followed by buying
- and when the prev day low broke, there was not much follow thru selling
- this was effectively a bear trap
- traded long when markets crossed prev day low 11150 F from below
- stopped out on tight SL
- repeated long twice and exited within circled area (just before prev day high 11260 F)
- traded long again when it became clear that 11250 F was not going to break downside
- closed around 11320 F 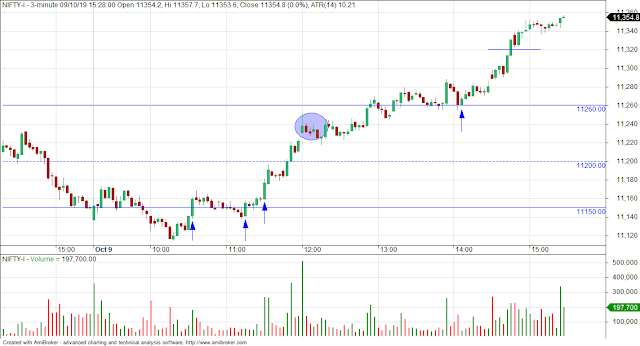 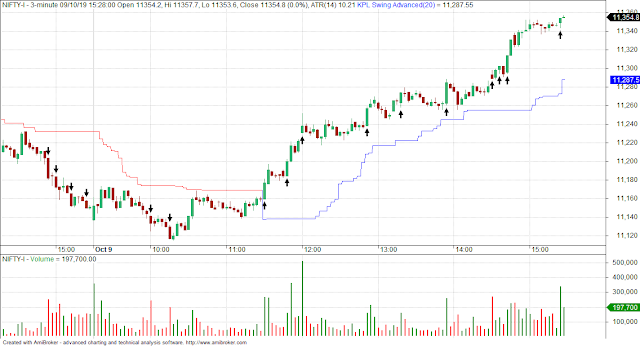