Bad news makes a good headline...gradual improvements do not

We’ve seen a thousand versions of this chart, but we haven’t seen the opposite, one that plots all of the positive developments over the last nine years. So I decided that would be fun to create, but I quickly realized, as I stared blankly at the screen, that coming up with this list was much harder than I thought it would be.

This reminded me of something Bill Gates said: “Headlines, in a way, are what mislead you, because bad news is a headline, and gradual improvement is not.” 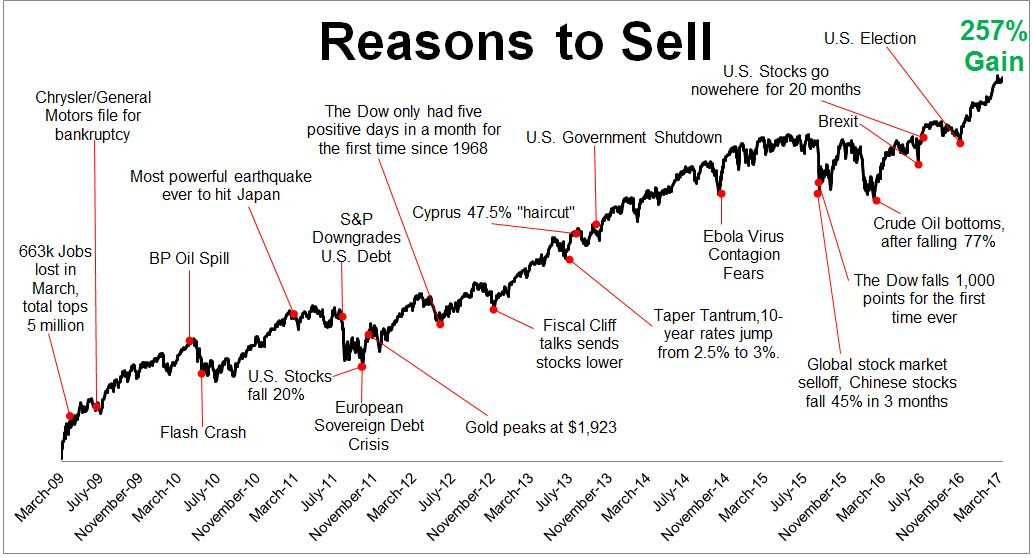 All of the items below were headlines, but they weren’t necessarily “reasons” to buy, which is why I’ll refer to this as the opposite chart, but not really.

See the opposite chart...

Posted by Kamalesh P Langote at 7:50 AM