- Friday, we had a shooting star
- today a doji/ spinning top was formed (indecision  between bulls and bears) 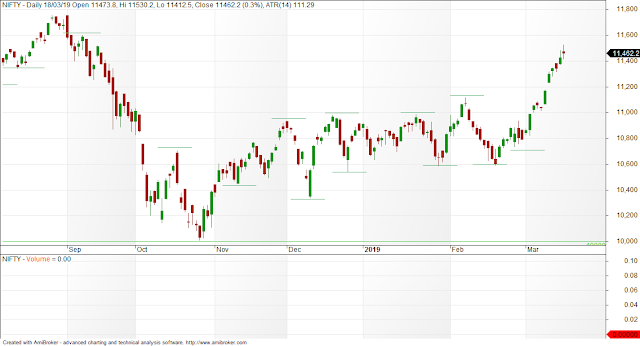 5 min charts:
- on Friday, there was a significant event when nifty crashed intraday from 11530 to 1150 in 15 minutes
- the high lows thus formed become critical levels
- today there was a long signal when Friday's high was crossed
- I ignored it because of the heavy selling around this level
- similarly there was a short signal near the lows which I again ignore as it came near support
- ended up doing nothing whole day 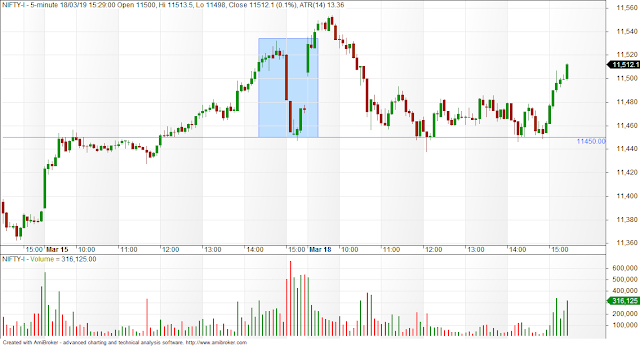 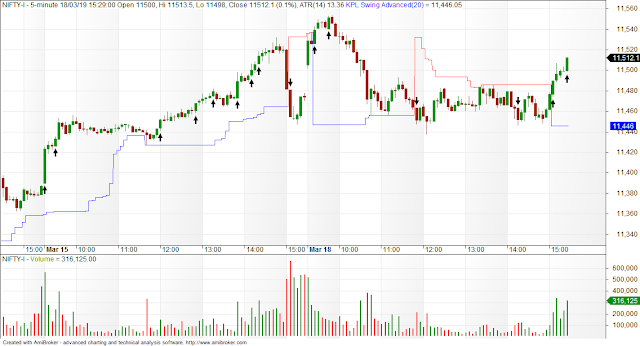 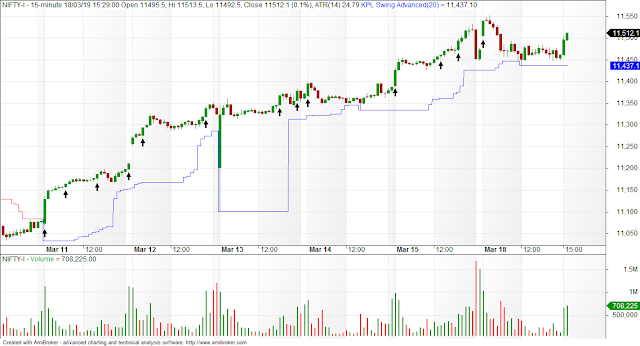