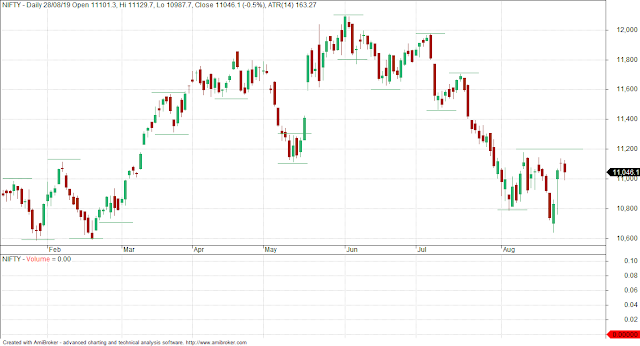 3 min charts:
- since prev day was a rangebound day and markets opened within that range, I decided not to trade
- my indicator gave whipsaws on almost all signals
- it should be noted that none of the signals were valid as they appeared near  a known support or resistance
- in hindsight, circled areas were best areas for taking a trade
- first trade short as it happened near a known resistance
- second trade short as prev day low become resistance today
- third trade long as it happened near 11000 (big round number) 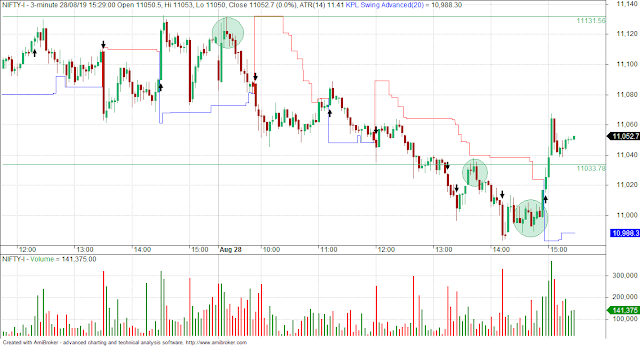 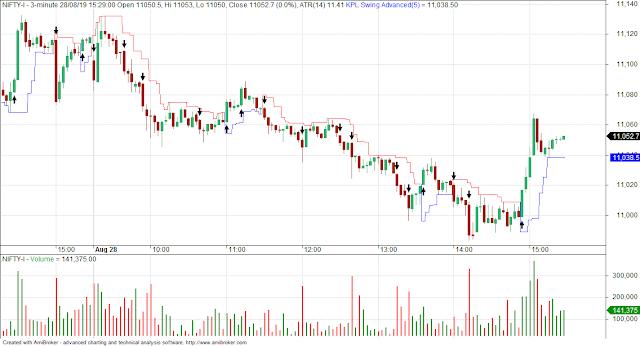 A workaround is to simply draw support and resistance lines and trade accordingly.

I use this method for delivery trades and sometimes for intraday trades. 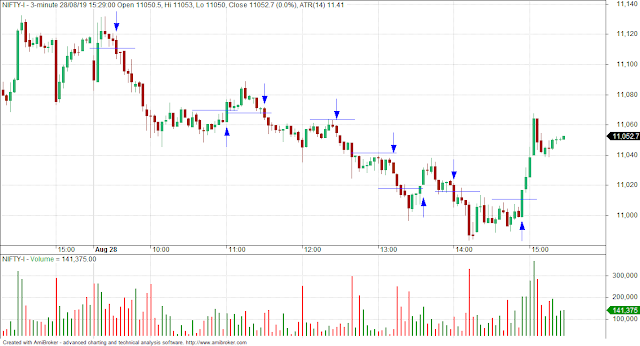 Or you can follow @ForNIFTY and learn the price action methods... 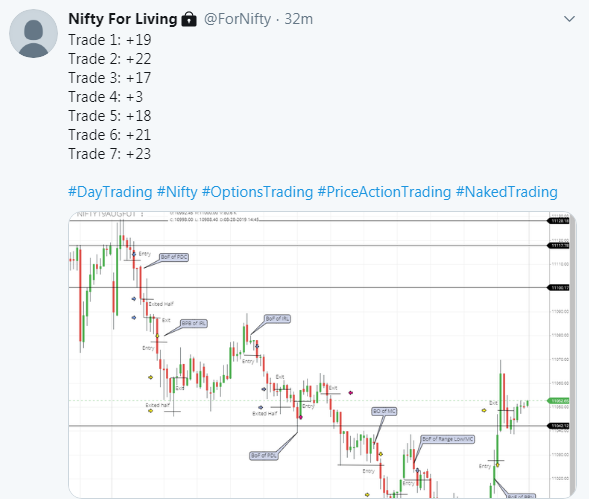