Daily charts:
- trend is up on daily charts (wef today)
- markets closed above swing high defined yesterday
- today's close was 1.6% in positive at 11032

NOTE:
- the fall from 11700 to 10800 has been without any pause
- is a bottom is formed for this year or is a pullback rally happening? I don't know
- a slower upmove from here can mean the bigger correction will resume later on
- another possibility is a rally max to 11500 which then stalls
- trade accordingly with your stops in place 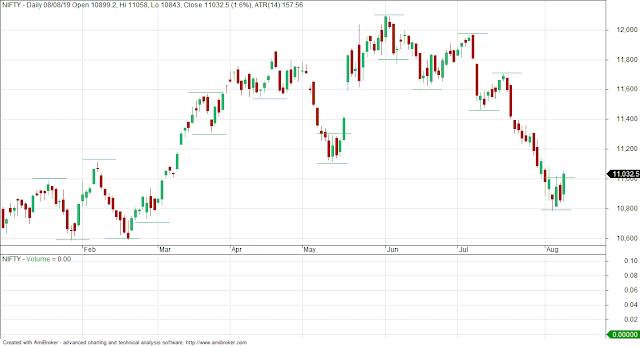 - problem was wrong SL for 2nd trade... if this was slightly more deep, I would have been in long trade right from 10910 to end of day 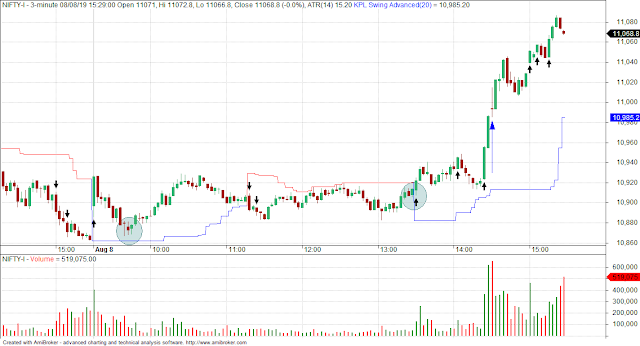 15 min charts:
- any indicator here could have been given a lot of whipsaws
- but you get the hint the markets may have been bottoming out 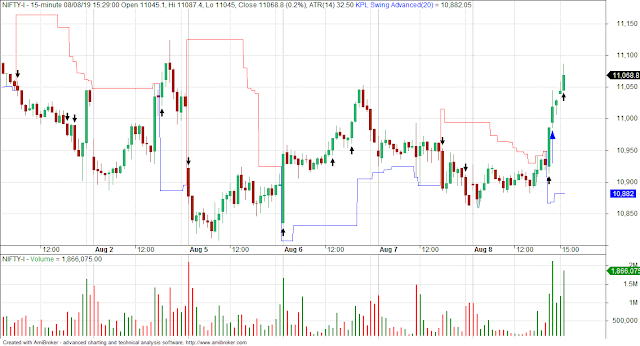 Hourly charts:
- inability to cross channel will mean limited upsides and
- a new correction will start if lower trendline breaks 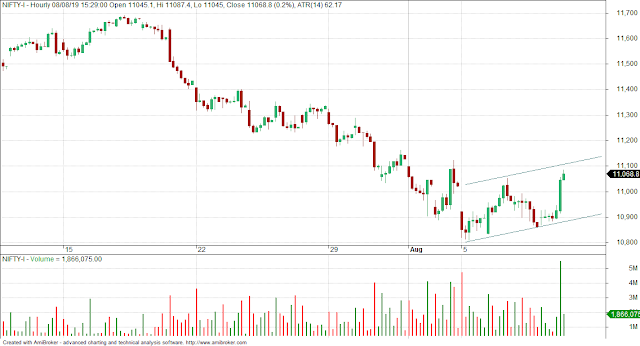